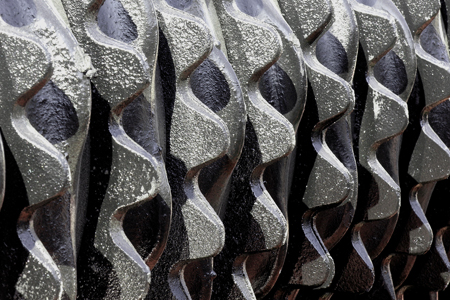 Overall, Canada’s economy is expected to begin regaining momentum from the small recession last year, as we move into 2016. An increase in exports and in infrastructure investment are expected to drive industry in 2016.

In the mining sector, most predictions see 2016 improving upon the dismal 2015 year. Mining.com says low commodity prices caused negative effects that were felt throughout the industry. Miners are hoping for modest recoveries to counteract last year’s market drop. However, it remains unclear whether or not the commodities drop will create a “new normal” base for the future. Analysts of the commodities market expect it to remain stagnant until the global economic growth increases.

Canada as a whole, may require longer than just the 2016 year to adjust to the commodities rout of the recent past. Adapting to lower commodity prices may happen in multiple phases which could potentially take five years. It’s possible the effects of this year could be felt more strongly looking ahead to the future. Economic growth by 2020 could potentially be two percent lower than it would have been otherwise, according to the Bank of Canada.

Overall global growth is expected to marginally increase, but not substantially. In the commodities market, oil prices have already struggled in early January. However, by the end of the year, prices are expected to level out, and improve going into 2017. Iron ore faces similar difficulties as oil for the 2016 forecast. Slow growth in the world market will effect demand for the price in Canada and suppliers worldwide. Scotia Capital says, “While positive for consumers, last year’s huge decline in oil prices has reduced global business investment, and thereby contributed to soften demand for stainless steel, nickel and steel alloying agents.” Looking even further into the future, toward 2017, the growth of Canadian government spending is expected to increase and boost the markets two years into the future.

Despite difficult times for some of the mining sector, a number of new mine proposals for B.C. are continuing at various stages of development. Some will be taking strides to move forward in 2016, according to Energy and Mines Minister Bill Bennett. The industry hopes and expects the future will look brighter in 2016. The key question for the coming year is whether a full recovery might be coming in the future. The oversupply has bottomed out prices, and the concern is that they might remain low for longer. Some mining companies are saying that the fall of oil prices has driven down metals like nickel and copper, even though the demand has stayed higher.

For Ontario specifically, the Financial Accountability Office of Ontario says “the province showed stronger than projected economic growth last year. Ontario Business investment in plant and equipment also grew strongly in 2015, but the export sector continued to underperform the rest of the economy.”

For consultants looking toward 2016, infrastructure investments for repairs and maintenance are coming in the short term to stave off rapid decline in municipal assets conditions. Gold production and other industries are expected to have a better year on the whole, than the previously, from a production standpoint. This demand for gold may drive prices higher, in an effort from investors to find stability outside of the oil market. An increase in exports will likely lead the field next year. Somewhat higher oil prices and more infrastructure investment, could lead to modest expansion in economic growth in 2016 after a decline.